Want to iterate over an object's keys, values, or entries, but don't want to use for...in and hasOwnProperty? Let's how to do that with functional programming in JavaScript.

Image by Anastasia Zhenina from Pixabay.

So you have an object, and you don't want to use the for...in loop to iterate. Very cool, now you're wondering which function you'd use to iterate over it?

Why not use for...in for iterating objects?

Well first of all, a little bit of history. In the old days, before ES6, the only way to iterate over an object was to use the for in loop.

While this is still a perfectly valid way to iterate over an object, it has it's limitations.

You can read more about in the MDN article . A check for the above is simple though, we can use hasOwnProperty.

But you know, this is 2022, and we can totally avoid those nasty for..in combined with if if (pun intended) all that we want is to iterate over an object's own properties.

For all of the examples below, we will consider the following object (written in TypeScript so we get the shape too).

The key of the object is the ID of the user and the values are the properties of the user (just name in this example).

Iterating over an object's keys

If we want just the keys, we can use Object.keys.

Iterating over an object's values

If we just want the values, we can use Object.values.

Iterating over both object's keys and values

Now what if we want both the keys and the values? We can use Object.entries.

Notice that calling Object.entries will return an array of tuple.

This is pretty neat right?

So that was all about some quick tips in JavaScript, Objects and Iterations. See you next time. 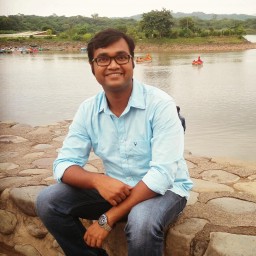 A seasoned full-stack developer. I love WordPress, React and modern JavaScript, Nodejs and PHP development. Created https://wpack.io to bridge the gap between WordPress and Modern JavaScript.

How to handle CORS preflight OPTIONS requests from your WordPress Plugin

Browse our free tools made to make our lives easier. We have datetime, WordPress translation and many other tools.

Take the next step and get started with WPEForm today. You have the option to start with the free version, or get started with a trial. All your purchases are covered under 30 days Money Back Guarantee.